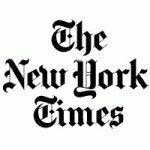 Not Ready for Their Close-Up By CLIVE THOMPSON Published: June 12, 2005 Go to original article… … Celebrities are considered attractive at least in part because they’re suited to the technology of the age. The transition from silent movies to talkies destroyed many actors’ careers, as did the shift from black-and-white to color. While almost

all prime-time TV on the major broadcast networks is shot in high-def, there are only 18 million of the pricey, wide-screen sets in use. But that number is expected to more than triple by next year, and the new scrutiny that comes with high-def is already making some on-camera talent nervous. “There are a lot of people who are going to be affected by this,” says Deborah Paulmann, a makeup artist for ‘Late Night with Conan O’Brien.’